Many Forex traders use currency comparison to look for repeatable wins. One of the inner-circle secrets is, you can sometimes find these “repeatable” wins happening at the same time.

When you see a currency pair that’s making a move with the potential for a win, it’s often smart to look to the news. This can tell you which currency in the pair is driving the movement. And that’s the first step to knowing which comparisons to look at.

The best charting platforms will allow you to place an overlay of another instrument on your charts. One of the first things to look at is other pairs that involve the currency driving the movement of your first pair.

For instance: Let’s say USD/JPY is moving, and that news around the U.S. dollar is pushing the movement. You’ll want to do a currency comparison. Go into your chart showing the USD/JPY movement, and overlay other dollar pairs such as USD/CHF, USD/CAD, and so on. You’ll want to assign a different color to each overlay, so you can keep track of which pair is moving in which direction. Let’s say USD/CHF matches the movement of USD/JPY, but USD/CAD does not. In that case, you could set similar trading setups for both USD/JPY and USD/CHF at the same time, because you expect them to have similar movement in correlation. But in that scenario, you would not expect USD/CAD to align with the other two moving forward, right?

Many traders also will check a currency pair against a currency’s index. This can provide clues on whether or not to expect multiple currency pairs to correlate with one pair’s movement.

You don’t need to limit your comparisons within currencies. In some instances, another instrument class might carry a correlation to a currency pair’s movement. For instance, oil is a big driver of the Canadian dollar’s movement. So, to use the above example again, you might overlay oil prices on a USD/CAD chart and see if they are moving similarly.

The SmartTrader Pro charting platform will let you overlay up to 6 instruments within the same chart. Right now, you can try it for 30 days for just $27. Click here to see how the right software can simplify your charts so you can grow your portfolio. For a boost in speed, accuracy and automated functions, begin your path with SmartTrader Pro.

Trading Strategies in Forex: Exchanging Ideas in an Online Community

3 Charting Tricks Every Trader Should Know 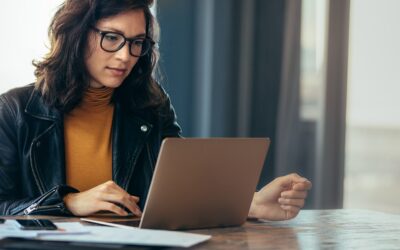 Can Anyone Become a Trader